«Bayes’s theorem» – named after the Reverend Thomas Bayes, who lived in the 18th century – is a mathematical formula that describes fundamental relationships among different kinds of probabilities and can be used to derive a conditional probability, i.e., the probability of an event given another event. This makes it very useful for scientific inquiries, where we constantly need to reevaluate the probability of hypotheses conditional on new evidence. If, in turn, the basic structure of Bayes’s Theorem is neglected in research, this can affect the validity of the inference in a very significant way.

For the purpose of introducing this project, we do not have to go too deep into the formula (which you can see on the banner on the startpage). What is important to know is that in «updating» probabilities we need to take into account several distinct factors. Bayes’ theorem takes into account the initial probabilities of rival hypotheses (their «prior probabilities»), and the degree to which they predict or explain the data (their «likelihoods»), to tell us how probable they are given this data. An inference that follows this structure may thus confirm or disconfirm the hypothesis in question, i.e., raise or lower its probability.

When Bayes’s theorem is applied in the natural sciences, it can usually build on statistical data for both the prior-probability and the likelihood. Suppose that we have a population of 1001 people, and 1 of them is sick. Our medical test for this sickness has a 0% false negative rate, meaning that 100% of the sick people who take the test (correctly) receive a positive test result, and 0% (wrongly) receive a negative test result. The test has a 5% false positive rate, meaning that 95% of the healthy people who take the test (correctly) receive a negative test result, and 5% (wrongly) receive a positive test result. In our population, the 1 sick person will receive a positive result. But so will 50 of the 1000 healthy people. So of the 51 people who receive a positive result, only 1 is actually sick. If all we know about someone is that they tested positive (i.e., assuming that this is a random screening, not dependent on prior symptoms), the probability that they are sick is then 1/51, or about 2%. This is higher than the prior probability that a random member of the population is sick, which is 1/1001, or about 0.1%. So the hypothesis that this person is sick has been confirmed, but it is still much less likely than the hypothesis that they are healthy, since the base rate of sickness in the population is so low.

As this example demonstrates, it is very important in responding to data to take into account all the factors that enter into Bayes’s theorem: the prior probability of our rival hypotheses (sickness and health), and the degree to which they predict the data. Otherwise, almost grotesque consequences can follow. In fact, it has been shown that even well-trained medical doctors regularly confuse the true positive rate with the overall probability of a positively tested person being sick. A study among staff and students at Harvard Medical School showed that almost half of them thought that a person that tests positive in the conditions sketched above had a 95% chance of being sick! They were tricked by the low false positive rate of only 5% in thinking that the positively tested person most certainly could not be healthy. In other words, they focused exclusively on the «likelihood»-factor of the hypothesis of health. While being sick leads to a positive test result every single time, being healthy does so in only 5% of tests. If a person is sick, we expect a positive test, without exception. If a person is healthy, we expect a positive result most of the time. However, what these medical doctors ignored was that the second hypothesis, that the randomly tested person was actually healthy, has a much higher prior probabilty!

Even though in the humanities we usually lack specific numbers like these, there is a growing awareness of the fact that Bayes’s theorem might still be relevant in academic debates. It can help in particular in correctly updating subjective impressions about the plausibility of a hypothesis in light of new evidence. If a hypothesis can explain a new discovery – an archaeological find or an otherwise cryptic formulation in the text – well, scholars in these fields will tend to deem the hypothesis to be probably true for psychological reasons  (just like said medical doctors!), even if it makes assumptions that cannot be maintained on other grounds. There is a tendency, for example, to assume intertextuality every time an otherwise obscure formulation in the text might be «explicable» against that backdrop. However, for a valid inference we still need to take into account the question of how frequent such intertextual links are in general. A small advantage in the predictive potential of a hypothesis cannot overrule a comparatively low prior. Likewise, sometimes scholars – particularly in historical discplines – postulate connections solely because the basic contours of a hypothesis seems to emerge well from our background knowledge, while ignoring the fact that it does not explain the concrete evidence at hand. For example, the hypothesis that Paul in 2 Cor 2:14 refers to a Dyonisus procession because the apostle had probably seen one seems intuitively very convincing but completely ignores the fact that Paul’s actual wording is not at all predicted within this framework, for which a ton of more obvious lexical solutions would have existed. Thus, being aware of Bayes’s theorem can help us avoid logical fallacies that otherwise might remain unnoticed due to certain problematic tendencies in human cognition. (There is a bit more detail to be found on these issues in this blogpost.)

To be sure, being aware of Bayes’s theorem is no guarantee for adequate inferences. After all, it can be applied incorrectly and given that many scholars still are unaware of the basics of Bayesian confirmation theory such faulty conclusions can all too easily be covered under the smokescreen of mathematical sophistication. At the same time, a growing number of recent studies clearly demonstrate that New Testament studies can profit in variegated and fundamental ways from taking into account the structure of Bayesian inferences. There are many areas – from textual criticism via lexical semantics to sociohistorical reconstructions – where the correct application of Bayes’s theorem has the potential to clear up common misconceptions in an accountable and definitive way. It is thus one of the most powerful theoretical tools at the disposal of biblical scholars. Familiarizing onself with the basics of Bayesian confirmation theory is thus very important in particular for early career researchers. It can help doctoral students, for example, to structure their research at an early stage according to Bayes’s theorem – thus avoiding fundamental logical mistakes that, as a consequential error, can render the whole argumentation void at worst and will cause a lot of frustration during the process of research at best. With this in mind, an important part of this project will not only be to provide guidance for scholars at the outset of their career, but also to produce a textbook (to be published by Eerdmans) on how to do exegesis within a Bayesian framework.

At the same time, it can be assumed that New Testament scholarship could actually contribute to an inter- and transdisciplinary dialogue about the applicability of Bayes’s theorem in academic research. After all, every discipline has own unique questions that in turn require specific solutions on a theoretical level. For this reason, this project will bring together in the context of an online research seminar – experts from probability theory, epistemology, different natural sciences, theology, and a variety of related disciplines from the humanities in order to learn from one another about the ways in which Bayes’s theorem can be used to increase knowledge. This project is made possible by a research fund of the cogito foundation, which has dedicated itself to promoting the dialogue between the humanities and the natural sciences.You can see some of the experts who will contribute to this discussion here. If you would like to participate in this stimulating conversation, go here for details. 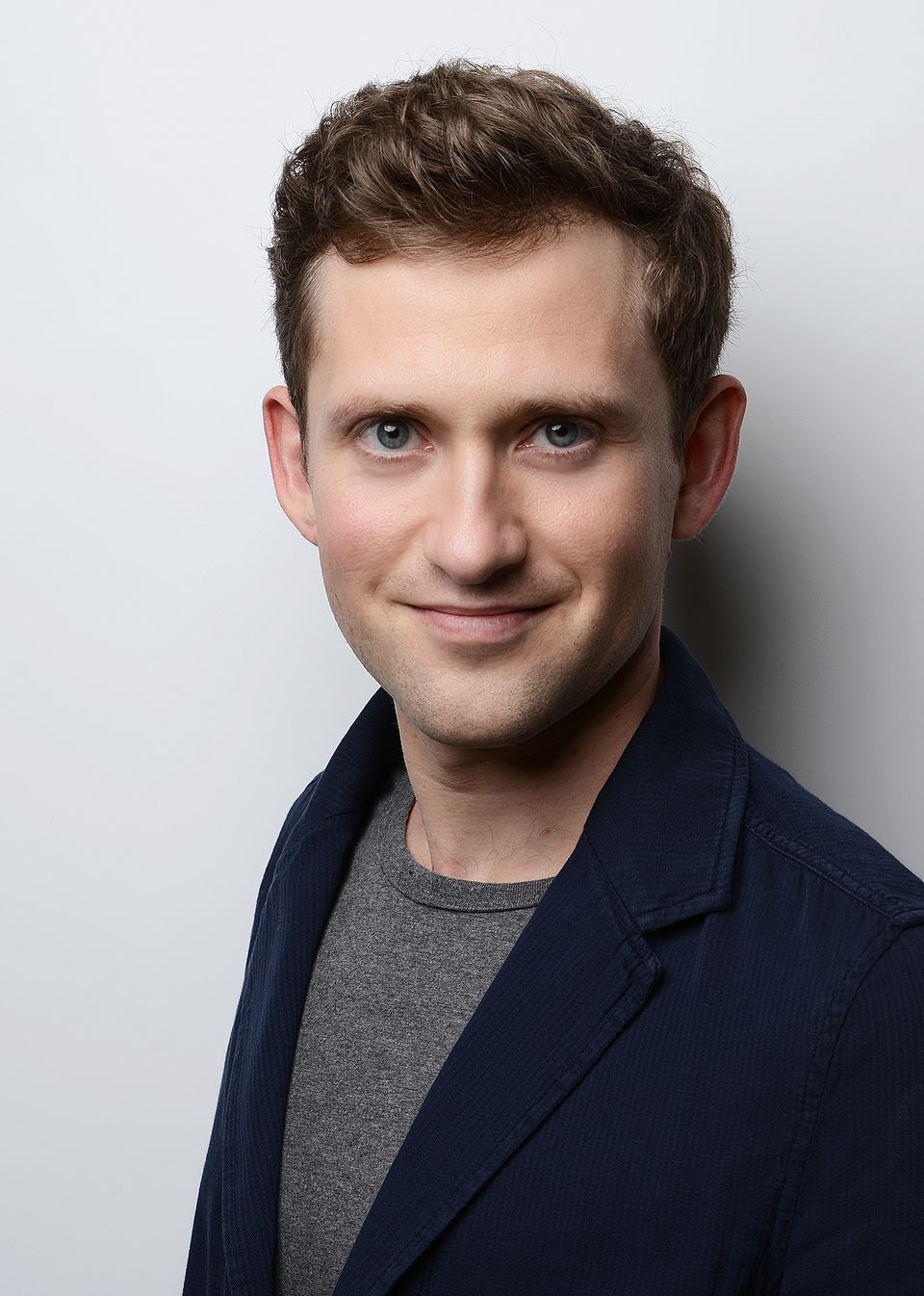 Christoph Heilig did his undergraduate degree in theology in Germany and then completed an MLitt in Biblical Languages and Literature at the University of St Andrews. After receiving his doctoral degree from the University of Zurich he did a postdoc in Munich and is now doing research and teaching at the University of Basel. His research is marked by inter- and transdisciplinary dialogues (especially with linguistics and narratology) and a constant interaction with the philosophy of science. Most notably, he has published several monographs that detail how Bayesian confirmation theory can guide biblical scholars in avoiding fallacies and arriving at sounder conclusions. He is currently writing a textbook on how to do New Testament exegesis in a Bayesian framework for Eerdmans as part of the “Bayes and Bible” project. For his interaction with other disciplines, he has been awarded the Mercator Award of the Humanities and Social Sciences 2018 and the Manfred Lautenschlaeger Award of Theological Promise 2022.