History of the Faculty of Theology Basel 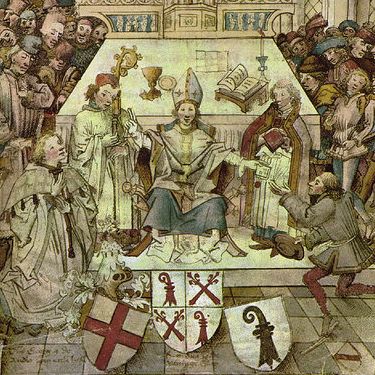 Founding Ceremony of the University of Basel 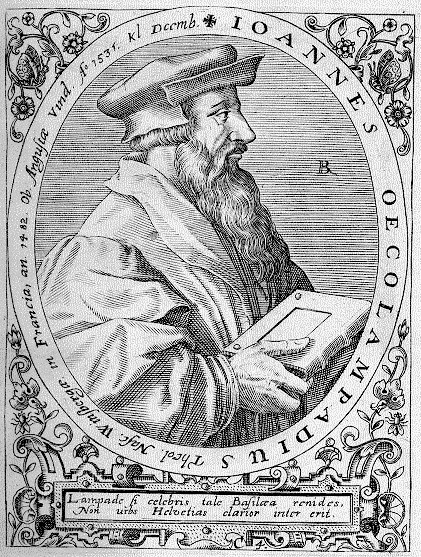 When the University's existence seemed to be in danger in face of the reformational turmoil, Basel's local reformer, the humanist Johannes Oekolampad, who taught at the Theological Faculty of Basel, fought for a continuance of the institution and contributed significantly to its flourishing. Oekolampad shaped the spirit of the theological faculty not only as a reformer, humanist and philologian, but also by means of his active engagement with the religious and theological controversies of his time, in which he often acted as an intermediary between the many diverging reformational concepts. In the sequel the reformed city of Basel considered it non-negotiable that the theological faculty would continue to be grounded in distinctly reformed theology.

In her more recent development the Theological Faculty of Basel distinguished herself by advocating for a theological pluralism with a particularly reformed hallmark. She also tried to adapt this endeavor in her appointment policy. Time and time again the faculty has appointed personalities that did not represent the mainstream of their field and might have even been rejected by other Universities on the grounds of their academic and political positions.

Some personalties of the Theological Faculty: 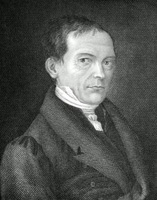 Having lost his position at the University of Berlin due to his political disagreements with the Prussian King, Wilhelm Martin Leberecht De Wette was awarded a professorship at the university of Basel in 1822. During his time in Basel he presided over the university as its rector five times. His academic focus was the exploration of the rich Christian tradition and its history. Influenced by Johann Gottfried Herder and Jakob Friedrich Fries, he was both an important proponent of historical-critical exegesis and a religious and dogmatic author. Even though he received criticism from pietist circles for being “too liberal” early on in his career, he was later accepted and even valued for his diplomatic stance and can be counted as one of Basel’s characteristic and influential personalities. 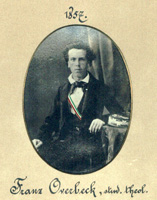 Appointed a professor of New Testament and Early Church History in 1870, Franz Overbeck, a close friend of Friedrich Nietzsche, acted as a major advocate for a historical-cultural understanding of Christianity. In 1873 he published his most prominent work “Über die Christlichkeit unserer heutigen Theologie” in which he argued that so-called “historical” Christianity, founded by the Church Fathers had already distanced itself significantly from Jesus’ original teachings. The apostolic age, according to Overbeck, had grounded its identity beyond any kind of history, culture or science. Overbeck criticized both conservative-apologetic theology, which was based on a set of dogmatic statements, as well as liberal theology, which attempted to reconcile faith and knowledge. Overbeck felt that both sides missed the very essence of Christianity, which according to him defied any kind of objective knowledge. 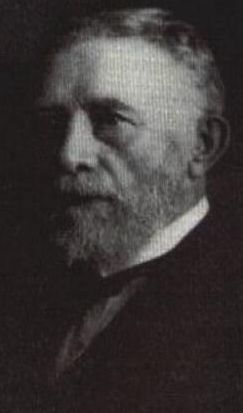 From 1888 on Bernhard Duhm taught at the University of Basel as one of the most influential Old Testament scholars of his time. Duhm was a representative of Religious Studies and known for his contributions to the study of the prophetic books. Applying a historical methodology Duhm attempted to reconstruct the development history of the Israelite religion. His discovery of the “Gottesknechtlieder” Isaiah 42,1-4.(7); 49,1-6; 50,4-9; 52,13-53,12 as a coherent independent literary complex within the second part of the book of Isaiah (chapter 40 to 55, Deutero-Isaiah) and his suggestion to attribute chapters 56 to 66 to an assumed “Trito-Isaiah” were epochal. His theory on the different levels of the book of Jeremiah continued to be groundbreaking in the history of Old Testament research. 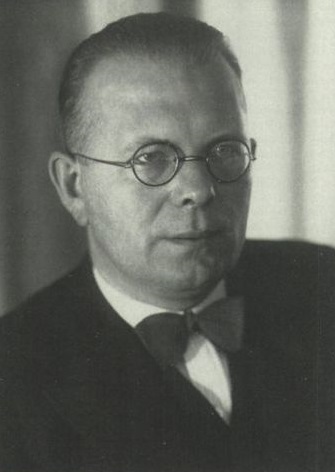 Karl Ludwig Schmidt who was a professor for New Testament theology. Apart from his research and teaching activities he founded the “Theologische Zeitschrift” in 1945 and acted as its publisher. Schmidt’s biggest achievement in his area of study was his collaboration in the founding of the “form-historical” method of New Testament exegesis. Simultaneously with Martin Dibelius (1883-1947) he developed the thesis that the synoptic gospels are comprised of several smaller pericopes, compiled by the evangelists. The analysis of the literary form, genre and “Sitz im Leben” of these passages turned out to be an important part of New Testament research. Schmidt recognized that the evangelist Matthew grouped the texts that were at his disposition in a thematically structured way. It was this discovery that made him one of the forerunners of redaction criticism. Further, Schmidt did research on the self-conception of the early Christian community and was able to emphasize the shared identity of the Church and the Old Testament people of God. On the 14th of January 1933 Schmidt held a public conversation with the Jewish philosopher Martin Buber at the “Jüdisches Lehrhaus” in Stuttgart, and significantly promoted the Christian-Jewish dialogue that was revived after 1945. 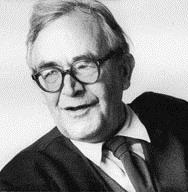 When the nationalistic regime in Germany withdrew Karl Barth’s teaching license in 1935, he returned to Basel, his place of birth. His theology stood in critical opposition to the cultural theology of his predecessors and professors at the end of the 19th century. With his christocentric theology he took a stand for a focus on the main tasks of theology and against the religious and cultural domestication of God. His theology was internationally influential in the 20th century and prompted many people to study theology at the University of Basel post-Word War II. To this day the faculty of Basel is concerned with maintaining a critical and constructive dialogue with Karl Barth’s theology and the different interpretations and exegeses of it. In order to further the University joined forces with the “Karl Barth Stiftung”, to institutionalize the Karl Barth research in the form of the “Karl Barth Zentrum für reformierte Theologie”.

Oscar Cullmann was a professor of Early Church history and New testament at the University of Basel during 1938-72 and acted as its rector in 1968. His research centered around the intersection of Judaism and Christianity, christology, early Christian liturgy and the history of salvation. Cullmann was an intermediary for different cultures of language, theological conceptions and denominations. He is one of the most important protestant theologians of the 20th century and was invited by pope John XXIII. to act as an official observer of the Second Vatican Council. This position made him one of the fathers of ecumenism. Cullmann’s extensive estate is managed by the University library of Basel today.

Fritz Buri held his inaugural lecture at the University of Basel. At the same time he was the pastor of the Basel cathedral (1957-1968) and was affiliated as a full professor (ad personam) of the Uniersity in 1968. Fritz Buri’s theology was significantly influenced by his critical engagement with Albert Schweitzer and Karl Jaspers. Sharing his canton of birth with Karl Barth the paths of these two very different theologians crossed at the University of Basel, where Barth inspired Buri to write his own dogmatics. As the title of his dogmatics, “Dogmatik als Selbstverständnis des christlichen Glaubens” suggests, it is one of Buri’s concerns to interpret the history of Christian doctrine in light of the human self-conception. His theology thus stressed the responsibility of every believer, as can be seen especially in the collection of essays, “Zur Theologie der Verantwortung”. His estate is managed by the University library of Basel today. 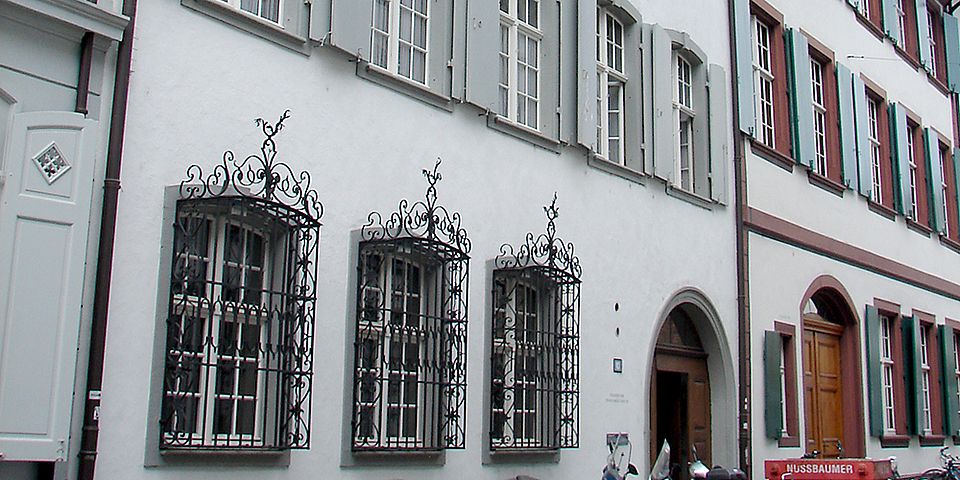